Meray Paas Tum Ho,the mega-hit serial which has had Pakistanis hooked, has now finally ended.The last 2 hour long episode of the drama was aired on Saturday, both in cinemas and on our TV screens.

While many had already predicted that one of the protagonists might die as per Khalil Ur Rehman’s traditional endings, Danish’s death still unsettled the whole country.

Many of the fans were moved to tears with the ending scenes of the drama, where Danish, played by Hamayun Saeed, breathed his last.

The audience literally sobbed during the last scenes and here is the proof!

#MerayPaasTumHo
No one
Literary no one
Le paki awam
🔥🤦‍♂️😭 pic.twitter.com/WsHSnZCJlP

What the fu*k is going on??? 🙄🙄
Pakistani Professional Media
Shame for us.#MerayPaasTumHo pic.twitter.com/LYqQx2xisD

Although there was extensive mourning over this sad demise, the meme framers unleashed their savagery in a jiffy and its hilarious.

Here is how the wit won our hearts after a depressing end to the story. 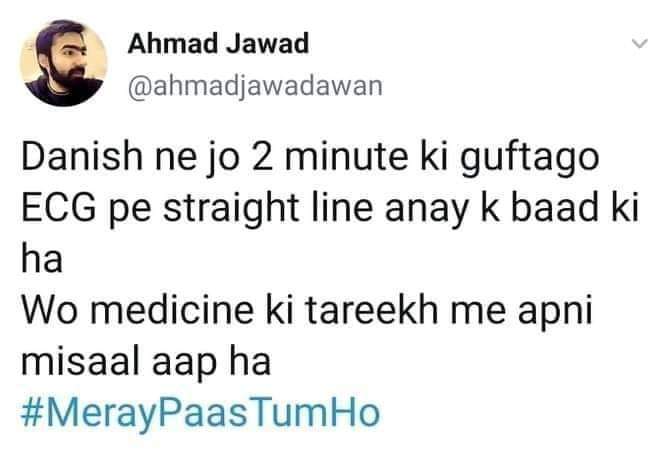 In case you missed last episode of #MerayPaasTumHo here is the short story pic.twitter.com/kqARAFD2va 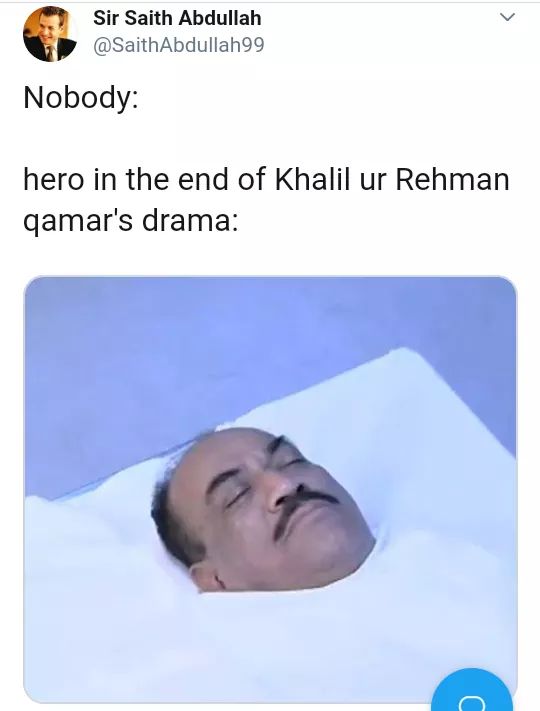 Fan of #MerayPaasTumHo After death of danish:

Why you killed danish?

Some people dragged Political plug into it too. 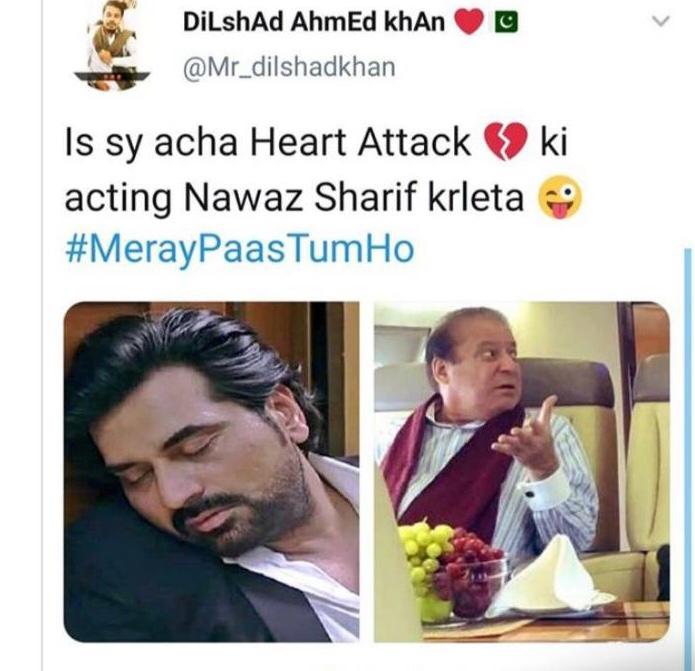 And this is too much to handle!

Despite all the frenzy, one thing is certain,Meray Paas Tum Ho has indeed created history by making many of us glued to our screens and constituting it into a topic of discussion at various fronts for both right and wrong reasons.The flair of acting shown by each actor in the project is commendable and has proved that we possess some remarkable talent in our industry.

Have something to add to the story? Let us know in the comments below!

The drama industry, recently, has successfully shoved some serials into our sacks which managed to garner immense attention and adoration from the audience. Ehd...
Read more
Celebrity

Its seems like everything nowadays is interwoven with Khalil ur Rehman Qamar and "to-be-held" Aurat March. After Qamar abused Marvi Sirmed, called her unsavory...
Read more