Nasir Khan Jan is a crafted social media star who amuses the audience with his wacky yet original content. His humor,  though sometimes awkward, leaves his audience into utter hilarity. On the basis of this Nasir has earned a huge fan following and stood against social stereotypes in his own capacity.

Also Read: Iffat Omer Lashed Out At Imran Khan & People Are In A Blue Funk About It!!

Now the “on-net” star has left us all impressed with his Photoshop skills.

Nasir dropped snaps with famous celebrities and politicians and looks like he is having the time of his life.

Jan with late princess Diana. Aren’t we all envious? 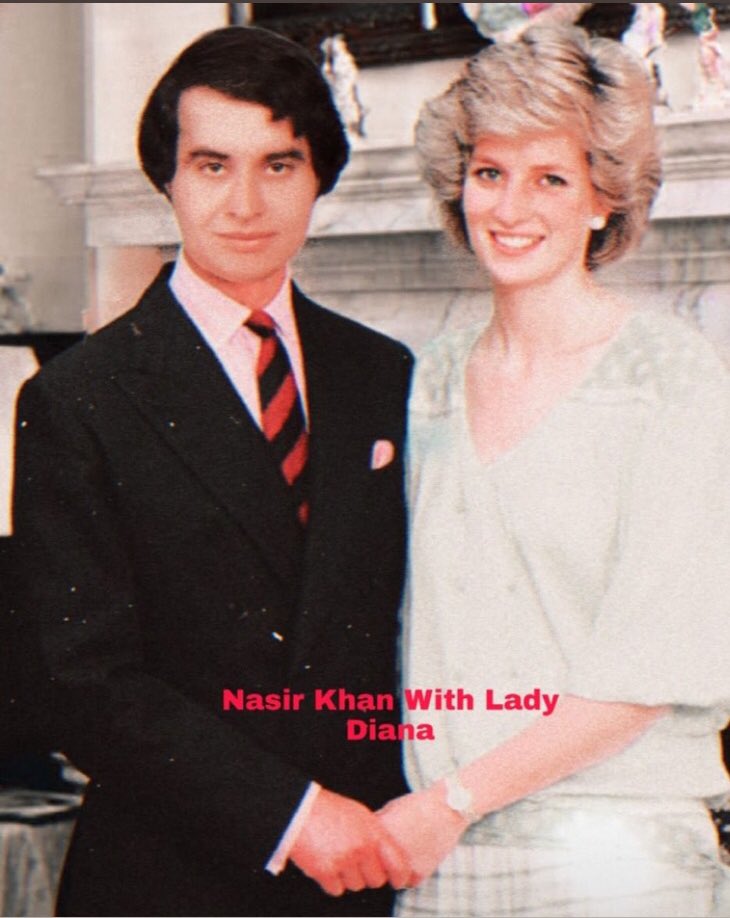 Three years ago he had a meeting with the crowned as a most influential celebrity: Kylie Jenner while her husband Kayne West was also present.

Also, the #NasirMeriJan promo code will get you a 98% discount from Kylie Cosmetics. *dead*

3 years ago, the moment when Kylie told her jeju Kanye West Kala about our relation, and this photo was taken right after first launch of Kylie Cosmetics.

And my fans, if you want to purchase any of kylie product Please use promo code #NasirMeriJan so you will get 98% discount. pic.twitter.com/33JDKfat3C

Salman and Nasir having a bro time at a beach!!

Here is a picture of him with his “girlfriend”

When I was in relationship pic.twitter.com/q5LImzP56u

Oh and he is a “havard” i.e. Harvard graduate. Shocks!!

During College at havard University pic.twitter.com/W42sM9nuok

He also takes a dig at former Prime Minister Nawaz Sharif in a subtle manner.

i am at Ilahore airport, i was going to London BUT i got stopped by officers and they told my name is in ECL, i just want to clear that me and Nawaz Shairf are just best friends, i am a non-political guy. Please pull out my name from ECL. pic.twitter.com/HkEYnz1Xzl

Of course, people can’t hold back the trolling on these comical pictures.

You will get a defamation notice from Harvard very soon

Have something to add to the story? Share it in the comments below.

Decade In Review: Top 10 Pakistani Dramas That Left The Audience In Awe!!

Director Jami Names DAWN CEO Hameed Haroon As His Rapist And This Is F***ed Up!!

Netflix Is Releasing A Show About “DAJJAL” And People Are Freaking Out!!

"Meray Pass Tum ho" has taken the entire nation by storm and not just for the right reasons but for some wrong ones too.Since...
Read more
Celebrity

Sarmad Khoosat is one director/producer who is known for his unconventional storytelling and bold takes on societal dilemmas. His productions such as Manto earned...
Read more
Uncategorized